Last week, Twitter rolled out its newest look across the web and new mobile apps — one that’s consistent across all platforms and allows users to add a header photo to their profile.

CEO Dick Costolo told the Today show that the revamping of its mobile apps and website is in response to Twitter users who wanted a better way to express themselves.  “What we’ve heard over and over again from our users is they want to bring more of their personality to their profile pages” he said.

The Twitter redesign allows users to get to know people better through their pictures.  Photo streams now appear below your most recent Tweets, and the new design makes it easy to swipe through users shared photos. In addition to the new design, the new Twitter includes a header photo that can be customized to reflect users’ interest, giving you the option of using two photos for your profile.

The new update is a great opportunity for businesses to visually express their brand to their Twitter followers through new pictures and videos. The added customization offers companies an opportunity for more visual branding.

Split It, a San Diego-based SEO service has managed to blend their company avatar with the header and background.  Other companies, such as Taco Bell have also embraced the change and integrated their company icon with the new background.  And don’t think Twitter forgot about those of you reluctant to change, Twitter is allowing you to keep the old design…for the time being. 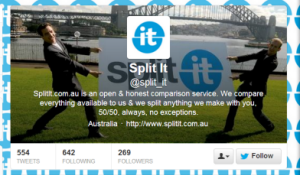 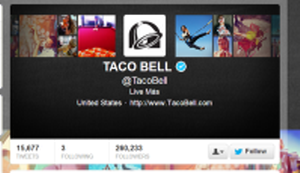 Thanks to the new update, Twitter is putting an end to boring profiles, and giving brands a chance to add some life and personality into their social presence.

How is your business responding to the new design?

YouTube Best Practices For Any Business
Scroll to top